All about Pregnancy after 40

Pregnancy is a life-changing experience for all women and physically demanding at any age. Pregnancy 40 are at increased risk of miscarriage and stillbirth.

Babies born to mothers over the age of 40 may have chromosomal abnormalities such as Down syndrome. However, if you’re in that age group, that shouldn’t stop you from trying. Here’s everything you need to know about getting pregnancy after 40.

Risks of getting pregnancy after 40

The good news is that technological advances in fertility, pregnancy, and childbirth have made it possible to safely have a baby at age 40.

Pregnancy after 40 is considered high-risk, so your doctor may and baby carefully for high blood pressure that can increase the risk of a pregnancy complications called preeclampsia

Birth defects such as

An ectopic pregnancy that sometimes occurs with in vitro fertilization (IVF).

Women who use fertility drugs or in vitro fertilization to become pregnant are at increased risk of twin or multiple pregnancies because the drugs increase ovulation.

Egg quality also declines with age. Older eggs are more likely to have abnormal chromosomes, increasing the chance of miscarriage. Some women in their 30s may have several disorders that make it difficult to conceive, such as endometriosis and uterine fibroids.

As man ages, sperm tend to swim more slowly and begin to lose shape. The quality and quantity of sperm also decline. Age is, therefore, a major obstacle for couples who want to have children later in life.

But don’t lose hope. You can become a mother or a father with the help of technology. 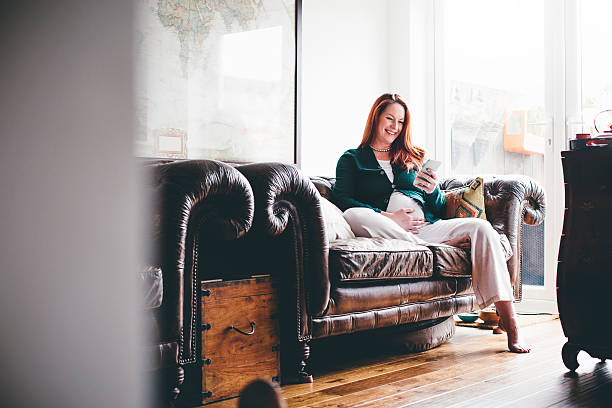 Older women in their 40s may have other health problems such as high blood pressure, diabetes, and obesity.

These health problems can interfere with a successful pregnancy. Such conditions can put women in a higher risk situation, as they can cause serious problems for both mother and baby if left untreated.

If you are in your 40s and plan to have children, your doctor will usually perform even more tests on you and monitor your health closely. Pregnancy complications can occur if you get pregnant in your 40s, even if you didn’t have any health problems before getting pregnant.

Most women can develop certain cardiovascular problems, such as high blood pressure and heart disease, during pregnancy by age 40. That’s one reason why you’re at a higher risk of diabetes and gestational diabetes (abnormally high blood sugar levels during pregnancy). These conditions can cause problems for both mother and baby.

Placenta previa tends to develop with age. This is a condition where the placenta partially or completely covers the cervix (the area where the uterus emerges). Placenta previa is dangerous and causes excessive bleeding during pregnancy and delivery. It also increases the risk of premature birth and stillbirth.

As you get older, you are more likely to have a miscarriage. By age 40, 27% of pregnancies end in miscarriage, while under 30 he has 16%.

Egg and sperm quality may decline with age. Chromosome problems increase with maternal age. Increased risk of having a child with Down syndrome.

There are many medical tests and interventions to reduce some of the second and third-trimester risks. Experts continue to advise couples over 40 who want to become parents to seek professional help early. 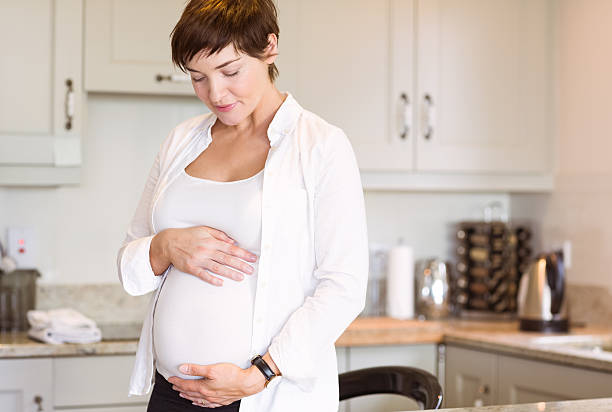 Chances of getting pregnancy after 40

It is not uncommon for women to become pregnant in their 40s.

There are many success stories, and women who get pregnant after the age of 40 give birth to healthy and resilient babies.

This article is aimed at women in their 40s and 40s who have just started a family and wish to have children.

Today, more and more women are choosing to have families at a later age for a variety of reasons.

Financial security is one of her most common reasons, and some women even develop infant fever in their mid-40s. We’ve read a lot about pregnancy complications and more.

Understanding the risks and what to expect if you get pregnant in your 40s will set you up for prevention and early treatment to ensure a smooth, healthy, and successful pregnancy.

Age is the most important factor affecting fertility. As we age, both men and women face obstacles that affect their ability to conceive.

By the age of 45, most women are likely to conceive naturally, according to the American College of Obstetricians and Gynecologists. is considered low.

This means that women in their 20s and 30s are more likely to get pregnant. 1 in 4 becomes pregnant at this age of the menstrual cycle. 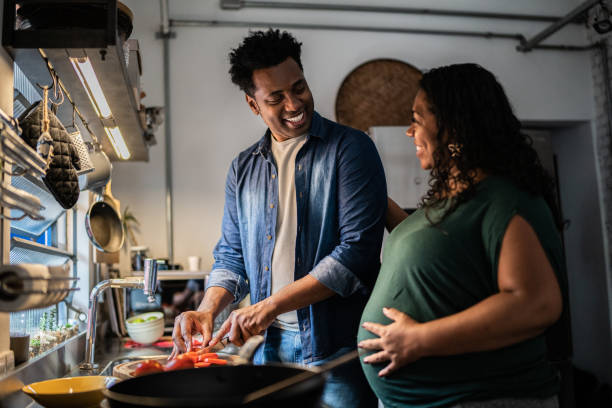 Getting Pregnancy After 40 with Fertility Treatment

IUI, also called artificial insemination, can be used with or without fertility drugs.

Sperm is collected, concentrated, and inserted into the woman’s uterus through a catheter through the cervix.

In general, whether to use fertility drugs and how much to use depends on personal preferences, medical history, and results of infertility tests.

It is most often treated with drugs that stimulate egg growth and time ovulation and fertilization.

Few reproductive endocrinologists would recommend her IUI to a woman in her 40s because of the low chance of success and delayed treatment.

Most people who decide to use their IUI after age 40 override their doctor’s medical recommendations because of the cost.

However, given the low likelihood of IUI success, the cost of her IUI treatment per live birth may exceed the cost of IVF or donor eggs.

If IUI is not recommended or is unsuccessful after a few cycles, the reproductive endocrinologist may recommend transitioning her to IVF.

IVF has become the gold standard in fertility treatment and boasts the highest success rate per cycle of assisted reproductive technology (ART).

Successfully eliminates many female and male factors that contribute to the inability to conceive.

A woman who switched from an IUI to her IVF, or started IVF, would get pregnant sooner than a woman who continued or started an IUI. found that immediate IVF had a higher pregnancy rate with fewer treatment cycles than those who had their IUI twice before switching to IVF.

The immediate IVF group conceived sooner, but overall success was similar after up to six IVF cycles.

In an IVF cycle, eggs are retrieved from a woman’s ovaries and fertilized in the laboratory with a partner’s or donor’s sperm (or possibly another method using INVO cell).

The embryos are allowed to develop for several days, after which one (or two) embryos are transferred back to the woman’s womb.

In vitro fertilization is used in combination with various drug protocols to produce more eggs, better quality sperm, and embryos, and to improve the endometrium.

The success rate of IVF is higher than any other fertility treatment, but it varies by age group, with younger patients generally having better results.

It may also take multiple IVF cycles to get pregnant.

If IVF fails after a few cycles and egg quality is likely to be the cause, a reproductive endocrinologist may suggest using an egg donor. 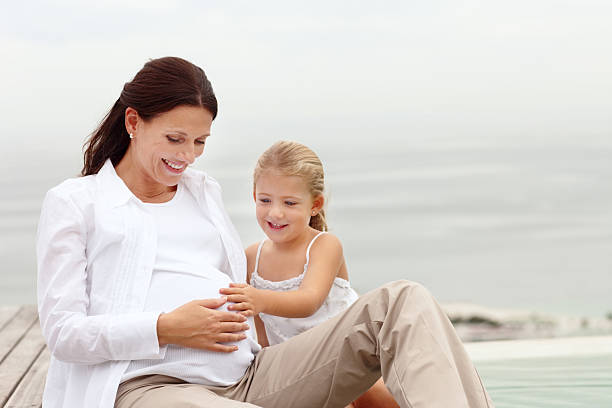 Women over 40 can have healthy pregnancies if they take precautions. Still, giving birth in your 40s is not uncommon. Pregnancy is possible, but having children in your 40s has its perks. You will be emotionally, mentally, and financially prepared to raise and care for them.

Perhaps every woman knows her strengths and weaknesses better at 40 than she did at 20. With proper care and prevention, healthy women over the age of 40 can maintain healthy pregnancies despite these increased risks.

1.Is it feasible to become pregnancy after 40?

Yes! Fertility naturally declines with age after age 30, but after age 40, women can become pregnant without intervention.

When a lady is born, her ovaries contain all the eggs she’s going to ever have. About 1 million in total. This number decreases with age.

All women have genetically abnormal egg proportions. This means that even if these eggs are fertilized, the pregnancy will not produce a living or genetically normal baby.

4.How long will it go to get pregnancy after 40?

At the peak of fertility (the 20s), a fertile couple has about a 20-25% chance of getting pregnant within a month. About 85-90% of these couples become pregnant after she has had unprotected sex for a year.

5.How to improve fertility after 40?

There are many ways to improve fertility in general, but they are especially important after the age of 40. In addition to naturally decreasing fertility, another challenge for women over the age of 40 is that many are diagnosed.

6.Is there help if I don’t get pregnancy after 40?

yes! Reproductive endocrinologists specialize in supporting women with infertility problems. If you are over the age of 40 and she has not conceived within 6 months of trying to conceive, it is advisable to consult a specialist.

7.Is Pregnancy in Your 40s Dangerous?

Pregnancy in your 40s is more dangerous than pregnancy in early adulthood. The risks of pregnancy after 40 are:

8.When do I need treatment to get pregnancy after  40?

After several attempts, if a woman is unable to conceive, she can opt for assisted fertilization techniques or adopt a child. Here are some techniques that can be used if pregnancy does not occur naturally.

9.What are the chances of getting pregnancy after 40?

10.What are the more common complications in women over 40?