One in ten women will become pregnant naturally after the age of 40, but many more women in their 40s will do so with the aid of assisted reproductive technologies (ART). Like at any stage of life, opting to try for a baby after turning 40 is a personal choice that includes pros and cons. For instance, while you might feel more prepared and financially stable, your risk of miscarriage, gestational diabetes, preterm birth, and other issues rises. A fertility expert might be able to help if you’re having trouble conceiving on your own.

What are my chances of pregnancy after 40?

Why the abrupt drop-off? The eggs are the main focus. You have between 300,000 and 500,000 eggs when you enter adolescence, and you lose 13,000 of them annually after that. By the time you reach the age of 37, when fertility begins to abruptly decline, you will have approximately 25,000 eggs remaining. Your egg supply is almost gone by the age of 43. After age 35, and into your 40s, your risk of pregnancy problems such as high blood pressure and gestational diabetes continues to climb.

Fertility Treatments for pregnant After 40

According to research, the effectiveness of assisted reproductive technology (ART) decreases around the age of 40 and keeps declining as you mature. For instance, success rates for intrauterine insemination (IUI) among women in their 40s can be as low as 5%.

For older patients, in vitro fertilization (IVF) has slightly higher success rates—around 15% every cycle. The rate is still not as good for older persons as it is for younger ones.

The best chance to become pregnant after the age of 40 may be through egg donation. Through this procedure, a woman can conceive a child by inseminating a donated egg (often from a young, healthy donor) with her partner’s or a donor’s sperm.

In cases of decreased ovarian reserve, the success rates for IVF using donated eggs might reach 35%. (which happens naturally with age). 2 Using an egg donor implies that the individual who falls pregnant won’t have a genetic tie to their child, despite the optimistic success rates.

Choosing to use an egg donor might be challenging. After giving the option some thought, some people will realize it’s not the best decision for them. 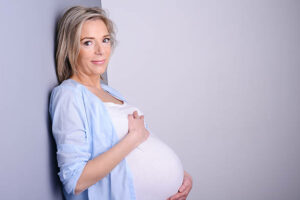 The procedure may also be expensive. Some people can be discouraged from using egg donation services because of the cost.

Risk of Miscarriage of getting pregnant After 40

Drawbacks of getting pregnant after 40

Difficulties related to conception, pregnancy, labor, and delivery can occur at any age, but having a baby at 40 or older can raise your chance of some of those complications.

You may have a hard time getting pregnant. The largest drawback of delaying motherhood until your 40s is significant: the longer you wait, the more difficult it is to conceive. This is because as you get older, your egg supply declines substantially and older eggs are more likely to have chromosomal issues, which increases the likelihood of miscarriage and birth deformities.

You’re more likely to have a difficult pregnancy. Another issue is problems during pregnancy. You are far more likely to experience placental issues, birth complications, high blood pressure, diabetes, and several other conditions in your 40s.

You’re at higher risk of a small or preterm baby. Low birth weight or premature deliveries are more common in women over 40. Additionally, studies have revealed that children born to older moms may have a slightly higher chance of developing type1 diabetes. Stillbirth rates are also higher.

Your partner’s sperm may be older, too. Although men can still physically father children well into their 70s, sperm quality declines as they age. Genetic abnormalities are more common in older men’s sperm than in younger men’s sperm. The father’s age may be associated with hereditary disorders like schizophrenia and autism spectrum disease, according to studies. 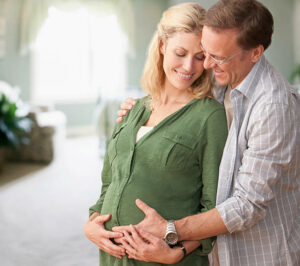 You could strain your finances. Waiting to have children has financial benefits, but there could also be costs. If you delay, you could have to work longer hours to pay for daycare or you might wind up saving less for retirement because you have additional costs. The cost of reproductive treatments might also be high.

How to get pregnant after 40

Consider performing a few crucial tasks before attempting conception to give yourself the best opportunity for a typical pregnancy and a healthy baby. To help you get ready for pregnancy, read these suggestions.

If you’re in your early 40s and have regular (two or three times a week) unprotected intercourse for up to six months but are still unable to conceive, your doctor will probably recommend you to a fertility specialist. Others may suggest that you visit a reproductive specialist right away, particularly if there are specific causes for your infertility, such as irregular or skipped periods, problems with ovulation, or issues with your partner’s sperm.

Most doctors start by running tests to see whether there’s anything wrong with how your ovaries are working. After that, they’ll examine your fallopian tubes and your partner’s sperm for issues. If no such issues are discovered, your aging and deteriorating egg quality are likely the causes of your infertility. Depending on your unique situation, your provider will give you advice regarding your possibilities.

Congratulations! You’re now prepared to become a parent! You’re probably experiencing the prospect as being almost equally thrilling and terrifying. However, how can you tell whether the conditions are right for conception? You will need to perfect your timing. Since sperm can live for several days and wait around for an egg to be produced, the five days before and after ovulation are when you are most fertile. Since an egg only lasts for 24 hours after fertilization, the window of opportunity is reduced after ovulation. But what are the ovulation symptoms themselves? How to determine:

About 14 days before the beginning of your menstruation, you ovulate. Women with typical 28-day cycles ovulate on day 14, counting the first day of your menstruation as day 1. However, if you have, say, a 32-day cycle, it will be closer to day 18 then. And the calendar won’t be much use if your cycles are incredibly erratic.

This is an obvious, dependable sign for some women. Your cervical mucus will become thick, clear, and slick like egg whites as ovulation approaches. Between your fingers, it spreads. Ovulation ends when your discharge starts to become thin and sticky once more. 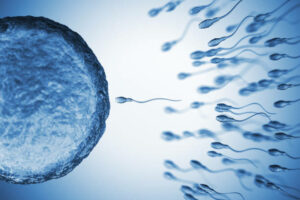 Although a little tedious, this method might help determine your special cycle. Every morning before getting out of bed, you must take your temperature with a basal thermometer and record it on a chart or standard piece of paper (more on that here). As ovulation approaches, hormone levels change, and your body temperature increases. The days before and the day of the surge are when you are most fertile. The obvious issue is that you don’t realize you’ve reached your high until the descent, at which point time is already running out. Your next cycle’s ovulation pattern will be easier to predict with the aid of the records you keep this month.

When a woman ovulates, one in five of them has pelvic discomfort, which can range from a mild twinge to a searing aching that lasts a few days.

Until a woman is in her late 30s or early 40s, her periods will typically last 26 to 35 days. At that point, she may start to notice that her cycles are getting shorter. She will start skipping ovulation over time, which can cause missing periods. Periods eventually start to occur less frequently until they stop altogether.

What is the oldest age a woman can get pregnant naturally?

The oldest age at which you can conceive naturally varies, but as you get older, your fertility starts to drop. Usually, between five and ten years before menopause, you are unable to become pregnant. All of your eggs are there when you are born. The number of eggs you have declined with age.

How many eggs does a woman have at 40?

How can I improve my egg quality after 40?

Ways to Improve Egg Quality After 40

At or after the age of 40, many women do successfully birth to healthy kids. Make a backup plan and discuss your expectations with your doctor. For instance, if you’re planning a vaginal delivery, discuss with your spouse and support network what assistance you’ll need if a cesarean delivery is necessary instead.

How do I know if I have poor egg quality?

Blood tests that examine for follicle-stimulating hormone (FSH), estradiol, and anti-müllerian hormone are a popular method (AMH). AMH can be tested at any time during the cycle, but FSH and estradiol are often evaluated at the beginning of a woman’s menstrual cycle between days one and five.

For more such articles

Life after getting pregnant after 40

Issues  for getting pregnant after 40

Chances of getting pregnant after 40

Ovulation chances for getting pregnant after 40

Fertility chances for getting pregnant after 40